This is the first time I have joined this SAL so here's hoping it will be a successful year. Having reached old age it's time I finally finished some of those long lost WIPs that have been languishing at the bottom of boxes in the spare room. Although I'm retired I spend a lot of my time with my husband growing fruit and veg for ourselves and our three girls and families so my stitching time is usually in between times during the day and evening.

I've picked out about two dozen pieces for this year. Mostly for finishing, but a few starts of pieces I've been longing to do for ages.

For January I picked five  and a couple to add in when any were finished. I'll put pictures at the end of this blog as for some reason I can't get them to go where I want them to between the words.

The first is an alphabet square for a charity quilt. This should be finished quickly. There isn't a picture as yet as I was only sent a copy of the chart.

So the first picture will be of TW English Sampler Garden. I've finished the cross stitch and now starting on the infill, commencing with the medallions and the border.

The second picture is a new start Flower Power by Crossed Wing. It's a picture of the finished piece and I'll be showing how far I've done in the next update.

The next is Heide by Thea Governeur which I am hoping to be able to finish soon. It's only a small one but the chart is hand drawn and not all that easy to read.

The last is Rockin around the Christmas Tree by Susanne Taude which was an exclusive for the group i belong  to. This is now finished and I shall be starting St Sylvestre by Long Dog shortly to replace it in my rotation.

I hope you like my pieces. I look forward to seeing yours. 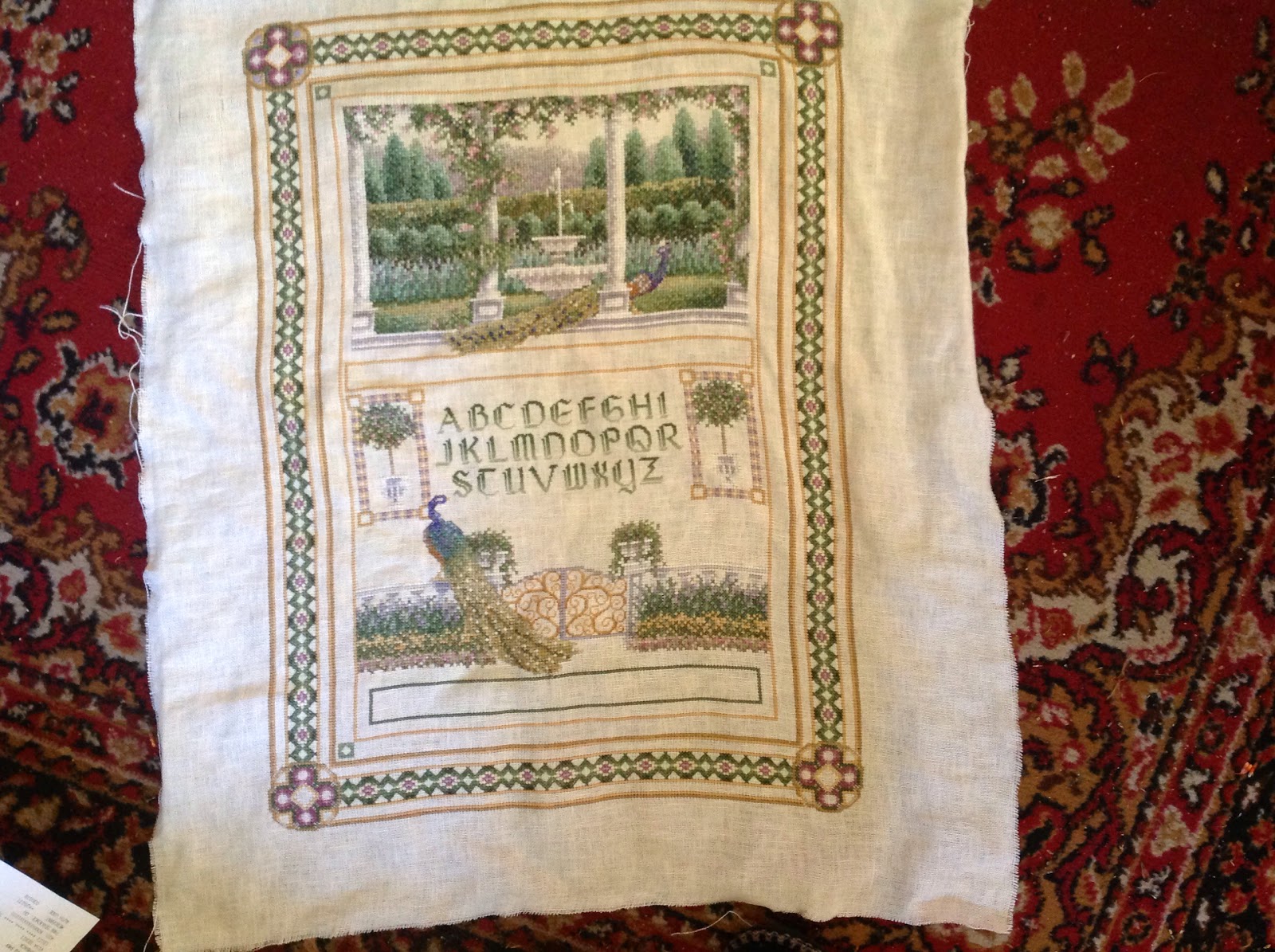 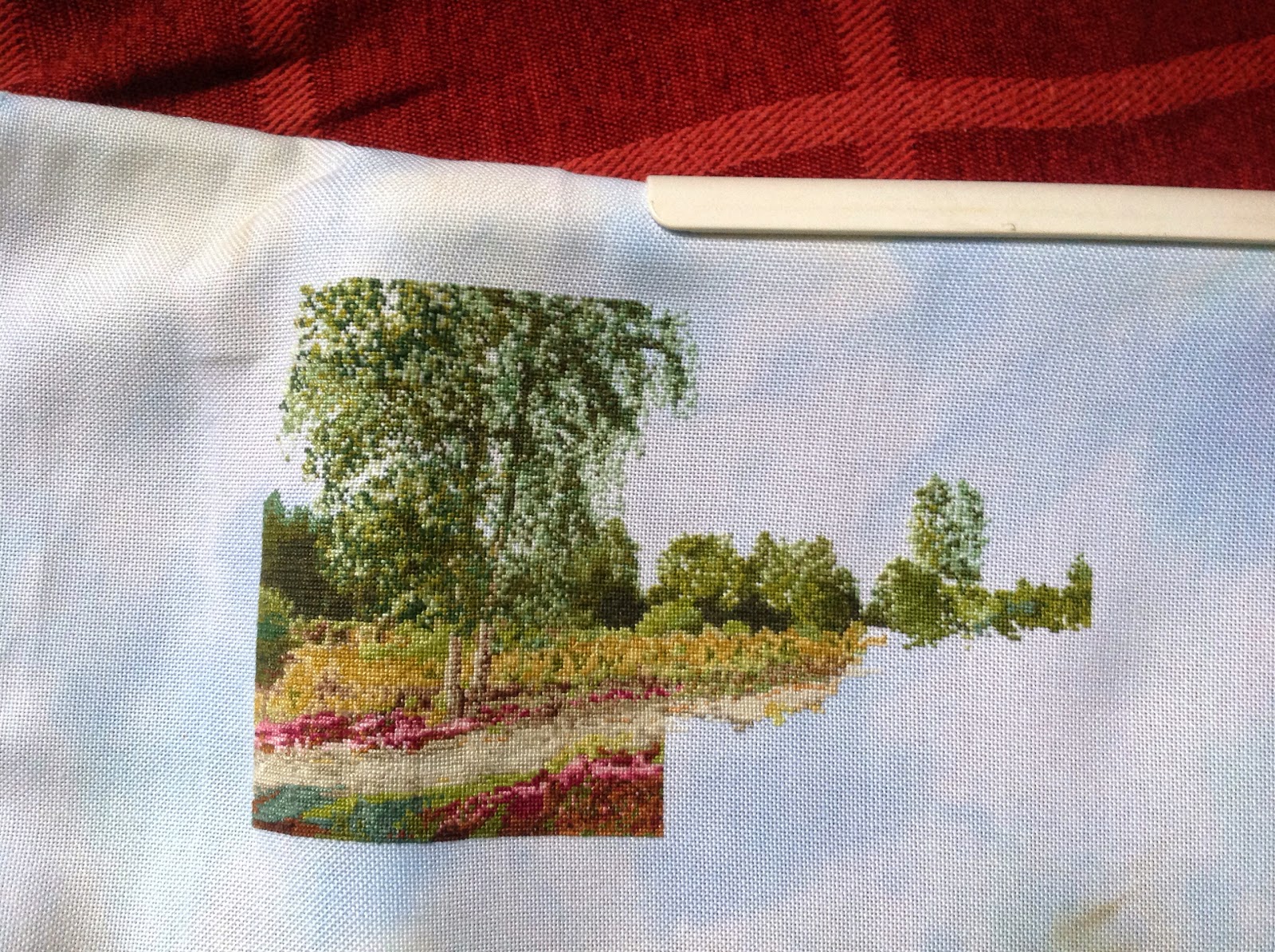 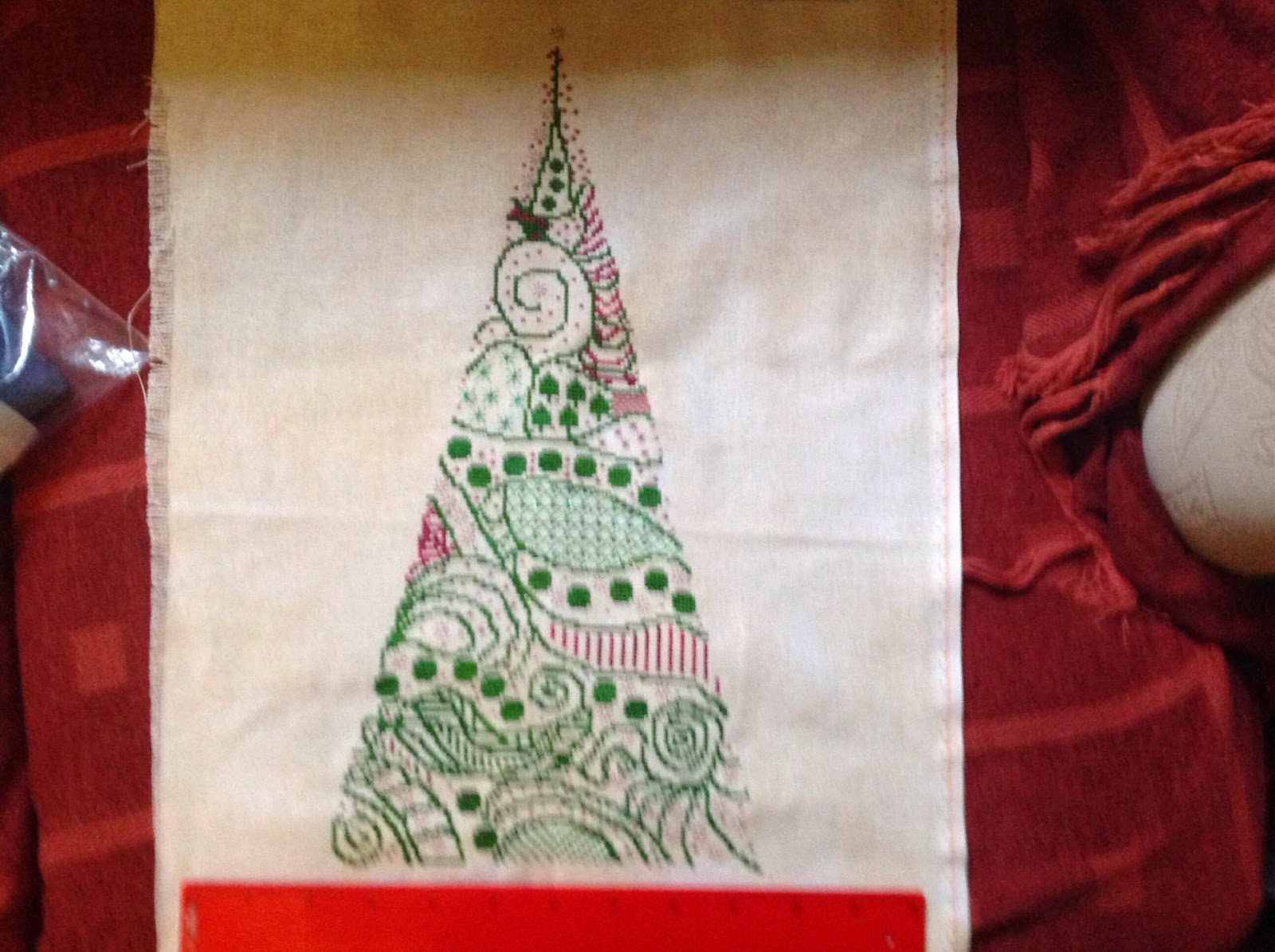 Posted by Stitching in the country at 10:54 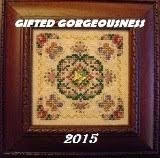 Stitching in the country